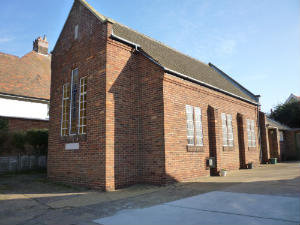 This gives us our full title! The building as you see it now was opened nearly 5 years after the death of Willie Long, but it was he who began the work of having the new Church built.

When he came to West Runton in 1934, the Church was just a humble tin-roofed building. 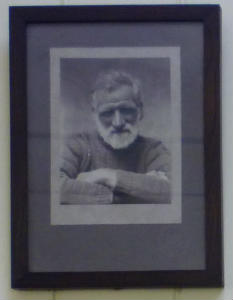 Who is this Willie Long fellow you ask?
Willie Long was a fisherman, and a volunteer coxwain of Augusta, Sheringham’s first Liifeboat. He had a great Zeal for Christ, a gifted preacher in great demand.
He became a Home Missions Evangelist and took a team to the East end of London to go fishing for men, and they caught them by the hundreds.
His favourite hymn was ‘To God be the Glory’. He certainly lived to the Glory of God.
He died  at West Runton on the first of November 1946.

The Church was built to the Glory of God in memory of a fisherman whom Jesus met on the North Sea shore and who gave a positive response to the call ‘Follow me.’

The New Church opened on September 26th 1951 after much fund raising and effort by all the congregation which started in May 1944. Some of the items were donated by members. 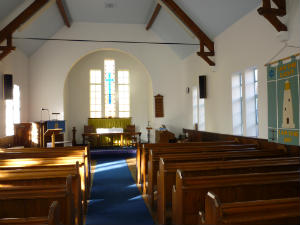 The church`s hall, which is to the right as you enter the foyer area (the church being on your left), thought to the the original church - now made into a bright, light hall. 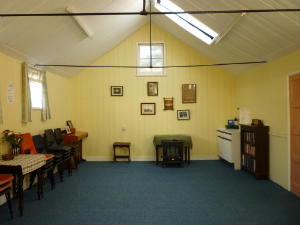