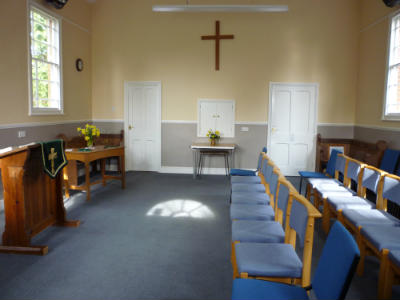 The main part of the current Gresham Chapel was built in 1871.

The five yearly inspection, which took place in 1996, found that extensive repairs were needed.  It was then decided to try and raise money to completely refurbish the chapel.  This was to cost £33,000 and we needed to raise one third to qualify for grants - a huge task for a small congregation.  with the help of many people and much fund raising and donations we raised £11,000. 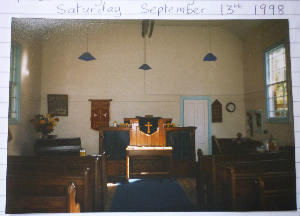 These old photos shows how the church looked in 1998 just before the huge refurbishment took place. 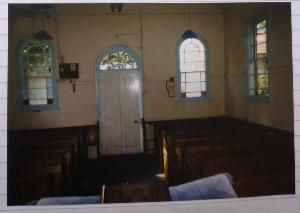 On 1st. May 1999 the newly refurbished Chapel was reopened with new kitchen and toilet; chairs instead of pews; carpets, new floor, roof and heating system. 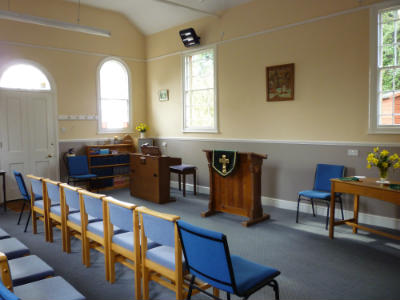 What a transformation - yet, still retaining some of the furniture and features from the origianal chapel, giving a good combination of the two.
In the current chapel, the seating is now in long rows the otherway round to the original layout and gives a more open and spacious feeling to the building. 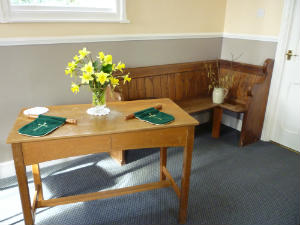 The Communion Table is the same one as before the refurbishment.

The features of original corner pews of the church still remain. 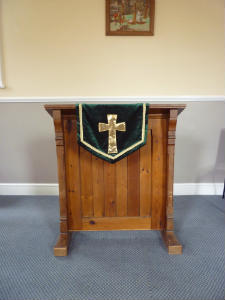 The Pulpit, slightly altered from the large structure in the original church, still remains, now as a free standing pulpit in the modernised church.

On the wall above the pulpit hangs this picture, which was painted by a local resident of Gresham, Mr. Roger Frary 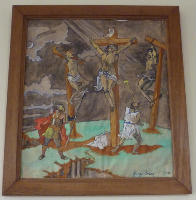 One well known Local Preacher from the late 1800`s to early 1900`s was Sir George Edwards who founded the National Union of Agricultural Workers.  He lived at Gresham in a cottage near the chapel and was the only farm labourer to hold a seat in Parliament.